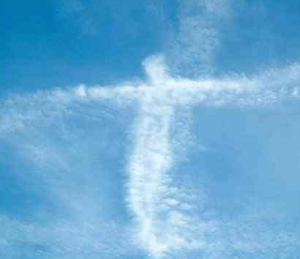 Bishop Debra Wallace-Padgett of the North Alabama conference extended at challenge to use the special time traveling in captivity as a time to share one’s faith. So with my recent visit to the west coast I have given it a try. On my first flight my neighbor swiftly fell asleep and I thought of Jesus sleeping on the boat in the storm where the disciples gather around him in fear of the storm, and they awaken him to save them. The person next to me didn’t seem to be Jesus and their was no storm and so I didn’t interrupt their slumber.

My return trip had two legs, so with the first flight a wash, I had two more opportunities. The first plane was rather small and the seats were so narrow that I was not in the best of moods to be sharing the love of Jesus when my hips were being compressed, but I readied my self with prayer and waiting for the kingdom of God to unfold. To my left was a sleeper. No wonder is was 6:05am and most everyone was asleep. To might right, was a neighbor who arrived with noise-canceling earphones and was lost in a book. This reminded me of Jesus’s parable of the good seeds that were scattered on hard soil. The word was silenced before I had time to start the conversation.

Leg three seemed most promises. It was not a full flight. People had space for elbow room No one entered with headphones. The hour was eight and folks were more alert. The seats were offset  across the isle. So even though I had an isle seat those to might right were not easily approached. And with books and digital distractions, there seemed busy. But to my left an empty seat and a relocating, flight attendant was eager to talk.

Not that she was eager to talk with me but with the other working flight attendants coming and going down the main aisle. I inquired if she was returning home to Atlanta or was that her destination for the day. She replied, “No.” I clarified, “not home or traveling on somewhere else?” She replied, “No, and Yes.”

This was going to be a tough nut to crack. I asked if she enjoyed working for American or if she had transferred from U.S. Air. She replied, “I’m new.” I believe her name tag said, “Terse.” Actually it read, “Terreza,” yet the former seems more fitting. I tried a few more questions and she finally said, “I’m off duty.” To which I replied, “Thank goodness God is never off duty.” And the gates began to open.

Somewhere over Albuquerque I stopped asking questions and offered an affirmation. A made a faith statement and just but God out there. When we say, “All the time, God is Good; God is with us, or This is a time to praise God.” we move ourselves out-of-the-way and open up a path to God.

It always amazing me how air moving over a foil of a wing creates lift that overcomes gravity, so well that some 200 people can be lifted in an airplane. But it amazing me even more how might try to make faith sharing too hard. We are called to put God out front and enjoy the ride.

This site uses Akismet to reduce spam. Learn how your comment data is processed.